Severe thunderstorms are likely to produce intense rainfall that may lead to dangerous and life-threatening flash flooding and large hailstones over the next several hours in parts of the West and South Gippsland district. Locations which may be affected include Morwell, Traralgon, Warragul, Sale, Moe, Maffra and Mt Baw Baw.

Severe thunderstorms are likely to produce heavy rainfall that may lead to flash flooding and large hailstones over the next several hours in the East Gippsland, Mallee, Northern Country and parts of the North Central and Wimmera districts. Locations which may be affected include Mildura, Ouyen, Swan Hill, Kerang, Walpeup, Bendigo, Echuca, Shepparton,
Castlemaine, Bairnsdale, Orbost and Mallacoota.
A severe thunderstorm over Mt Moornapa (in West Gippsland) has delivered intense rainfall rates, recording 51mm in the last hour.

A severe thunderstorm over Stratford (in West Gippsland) has delivered intense rainfall rates, recording 45mm in 2 hours and 72mm in 3 hours earlier this morning, with 81mm recorded since 9am.

A severe thunderstorm over The Gorge (in West Gippsland) has delivered near to intense rainfall rates, recording 43mm in an hour and 52mm in 2 hours this morning, with 60mm recorded since 9am.

Be aware that in fire affected areas, rainfall runoff into waterways may contain debris such as ash, soil, trees and rocks.

Be alert that in areas recently affected by fires, heavy rainfall increases the potential for landslides and debris across roads. 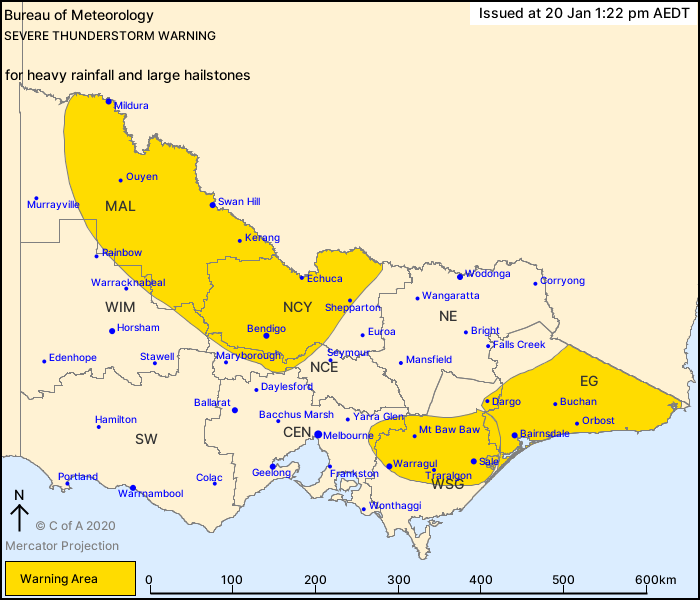 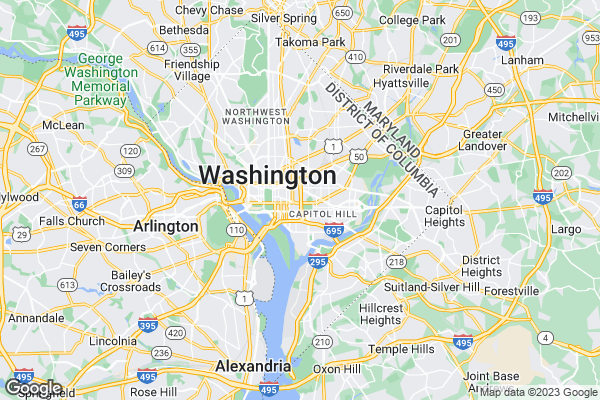