Other severe thunderstorms were detected on the weather radar near Richmond, Newcastle City, Calga, Engadine and Swansea. They are forecast to affect Woy Woy, Waterfall and Budgewoi by 4:35 pm and Gordon, Manly and waters off Stanwell Park by 5:05 pm. 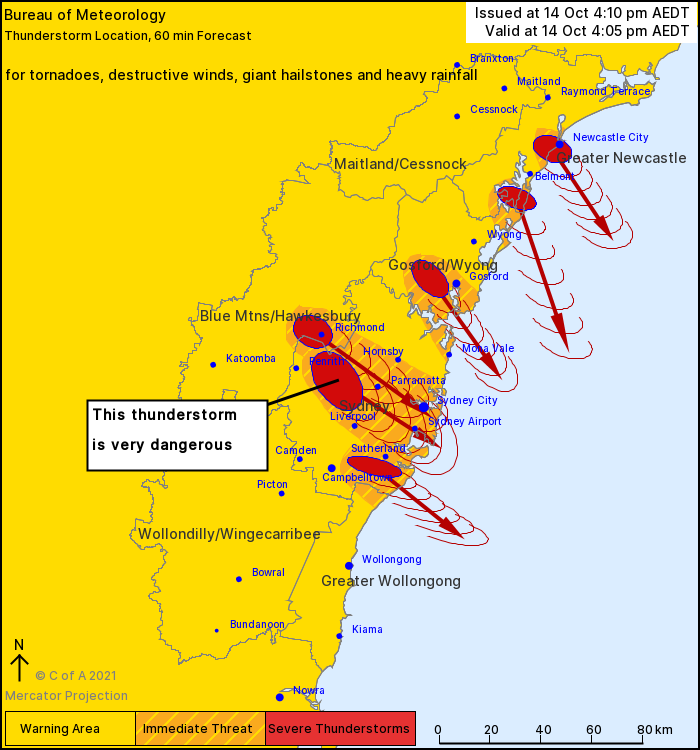