A series of troughs and a cold front are causing vigorous winds across southeast NSW, as well as the potential for heavy rainfall during Thursday and into Friday before easing as the front will continues offshore. This may cause minor to moderate flooding along the Castlereagh, Bell, Macquarie, Belubula, Bogan and Queanbeyan Rivers, with Moderate to Major flooding possible along the Lachlan, Tumut and Murrumbidgee Rivers from late Thursday.

Renewed flooding is possible along the Bogan and Lachlan Rivers where flood warnings are current.

A Flood Watch is current in Victoria for the Upper Murray River.

The Bureau is continuing to monitor the situation and will issue further catchment specific warnings if and when required.

The weather system is expected to cause flooding for the catchments listed from late Thursday. Flood Classes (minor, moderate, major) are only defined for catchments where the Bureau provides a flood warning service. 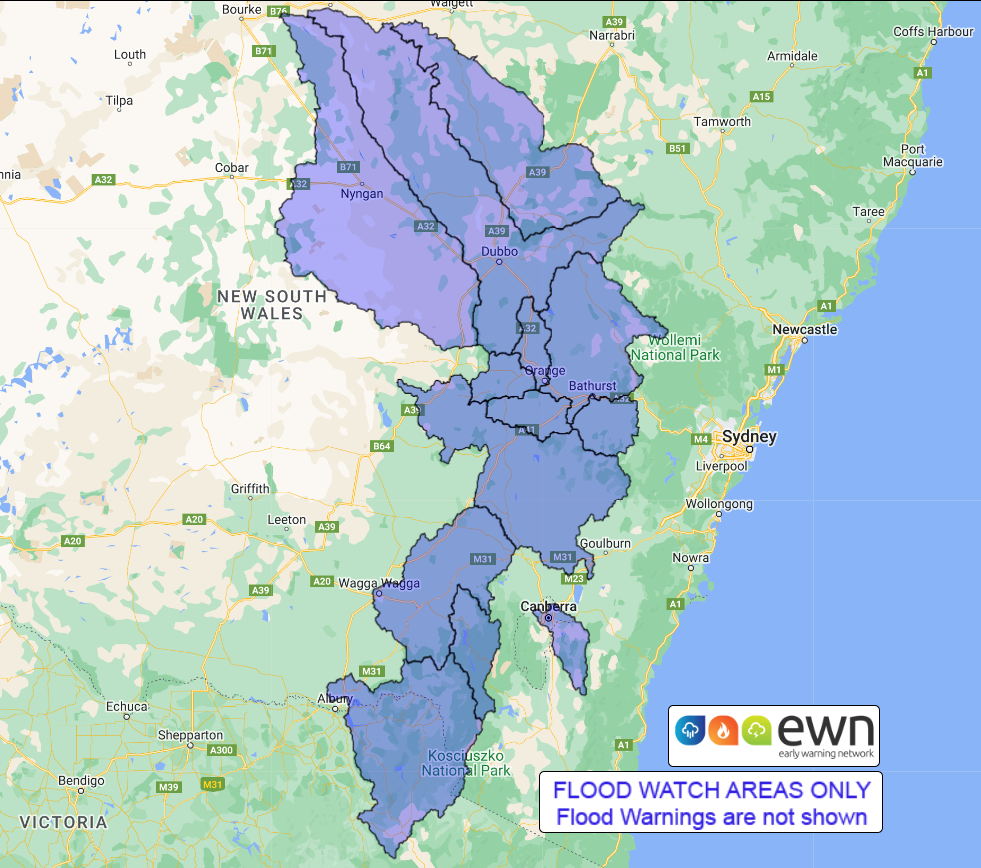