A broad, complex and deep low pressure system over waters to the south of the continent is moving slowly eastwards. A series of vigorous cold fronts associated with the low will extend over South Australia and will result in significant rainfall over the flood watch area from Thursday afternoon into Friday.

Widespread rainfall totals of 50-80 mm are likely with local heavier falls up to 100 mm possible during Thursday and Friday across the Mount Lofty Ranges.
Main areas of the rainfall are expected be the Fleurieu Peninsula, Onkaparinga Catchment, Torrens Catchment and Adelaide metropolitan rivers and creeks. Most intense rainfall is expected during Thursday evening into Friday morning.

Forecast rainfall is expected to cause rises in water levels in rivers and creeks across the Flood Watch area. Riverine flooding is possible from Thursday late evening, particularly in upper Onkaparinga and Upper Torrens river catchments which may lead to some road closures and disruption to travel and transport.

Torrens and metropolitan rivers and creeks 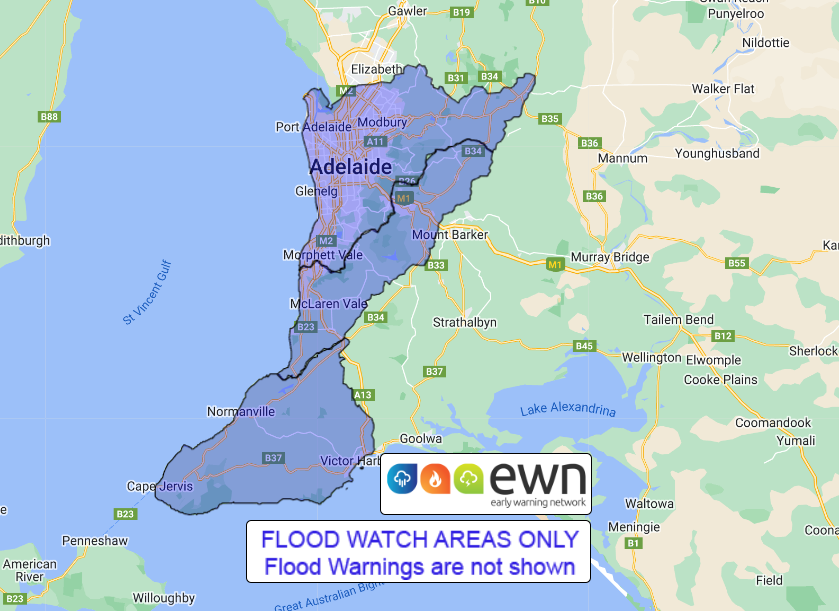