Weather Situation: Thunderstorms in the north of SA associated with a low pressure trough which is moving slowly eastwards.
Severe thunderstorms are likely to produce damaging winds in the warning area over the next several hours.

Locations which may be affected include Port Augusta, Port Pirie, Leigh Creek, Hawker, Jamestown and Woomera. 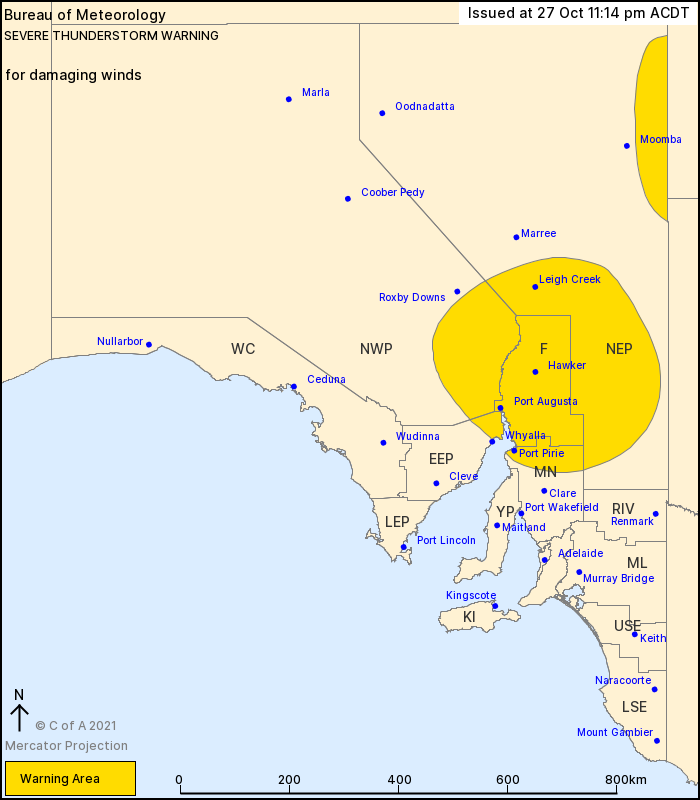