By the Bureau of Meteorology, Hobart.

Catchments are wet from recent flooding and responding strongly to rainfall.

Showers are forecast across the Flood Watch area for the remainder of Sunday, with 2-10 mm expected in the South East. Less than 5mm rainfall is forecast in the North and North East.

River rises are expected to continue and Isolated minor flooding may develop in the Flood Watch area during Sunday.

Strong and dangerous flows are likely to be a hazard for the coming days.

Moderate to Minor Flood Warnings are current for the North Esk, South Esk, Macquarie, Meander , Derwent, Jordan and Coal rivers. Flooding is no longer expected in the Huon River.

Note: This Flood Watch is a "heads up" for possible future flooding and is NOT a Flood Warning. The Bureau of Meteorology does not provide a flood warning service for all of the catchments covered by this flood watch. For more information on the Flood Watch Service: http://www.bom.gov.au/water/floods/floodWarningServices.shtml

For the latest warnings see www.bom.gov.au/tas/warnings

For the latest rainfall and river level information see www.bom.gov.au/tas/flood

For emergency assistance call the SES on telephone number 132 500. 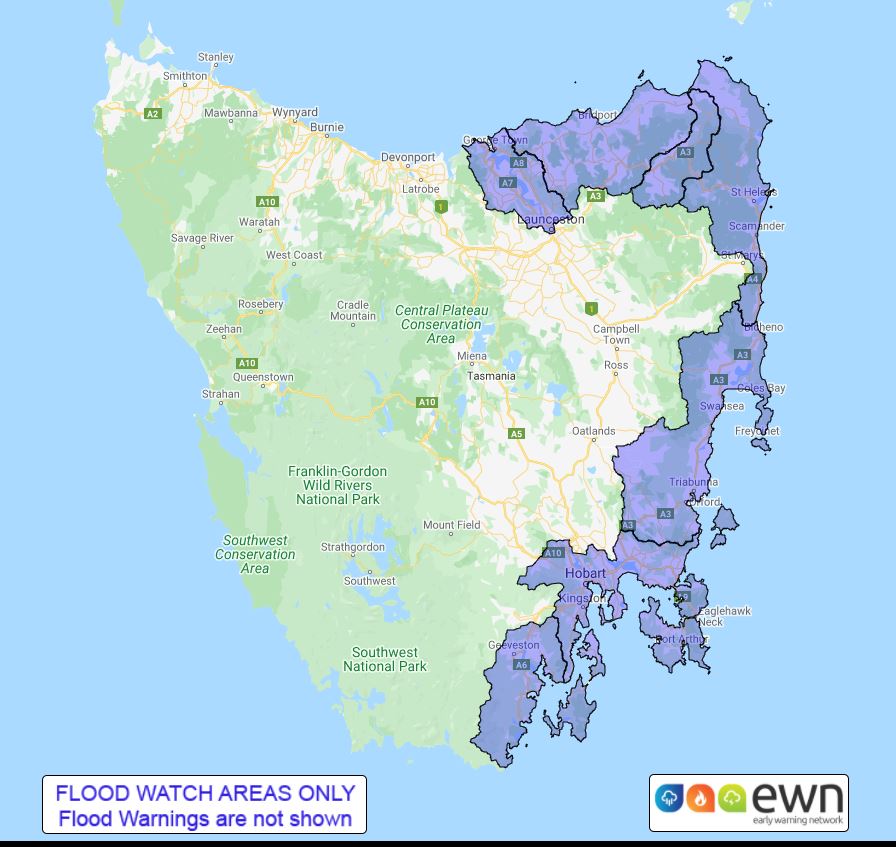