Catchments are wet and will be responsive to the forecast rainfall.

From midday Thursday to end of Friday, rainfall totals of 20-40 mm statewide are forecast, with potential for locally heavier falls of 40-60 mm with thunderstorms.

Minor to moderate flooding is possible from Friday morning.

Note: This Flood Watch is a "heads up" for possible future flooding and is NOT a Flood Warning. The Bureau of Meteorology does not provide a flood warning service for all of the catchments covered by this flood watch. For more information on the Flood Watch Service:
http://www.bom.gov.au/water/floods/floodWarningServices.shtml 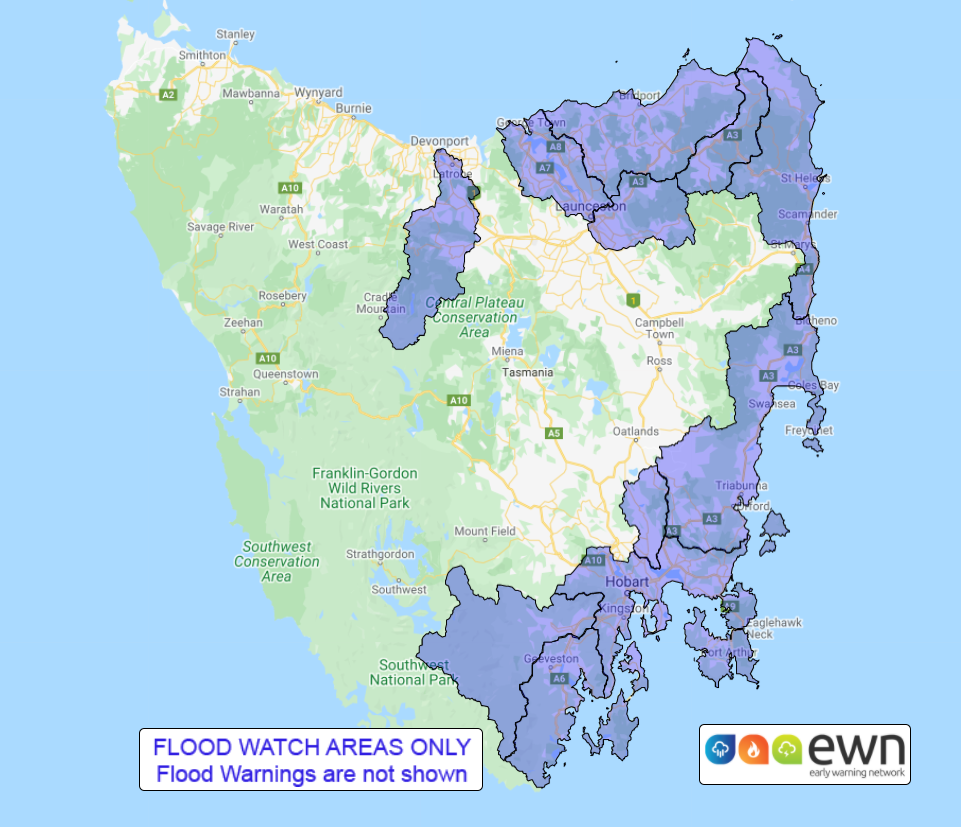