Damaging winds over parts of Victoria from Monday afternoon.

Weather Situation: Strong and gusty northwesterly airstream developing ahead of a vigorous cold front. The cold front will pass over the southwest later Monday, then central parts early Tuesday morning, and persisting about the southeast Tuesday afternoon.

DAMAGING WINDS, averaging 40 to 50 km/h, with peak wind gusts of around 90 km/h, are expected to develop about the west during Monday afternoon and evening, before extending to central and eastern parts overnight into Tuesday morning.

There is also a risk that showers and isolated thunderstorms over the Mallee and Wimmera districts Monday afternoon may produce damaging wind gusts of around 90 km/h.

Damaging winds are expected to contract from the west Tuesday morning, clearing from central parts by the middle of the day before clearing from the east later Tuesday.

Locations which may be affected include The Grampians, Horsham, Portland, Warrnambool, Traralgon, Bairnsdale, Orbost and the higher peaks of the northeast ranges. 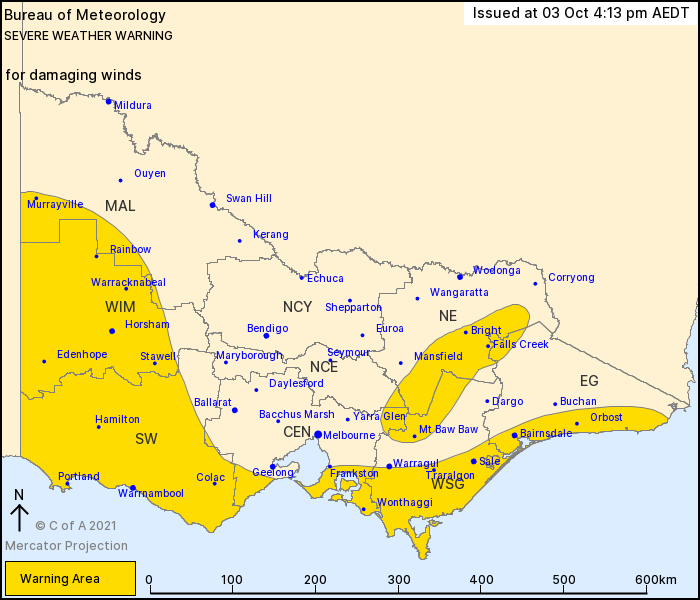